Shop Local
because local matters
What do you love about this local business?
To post a recommendation, you must Register or Sign In.
Pellegrino Auto Sales

Originally published in The Batavian October 9, 2015 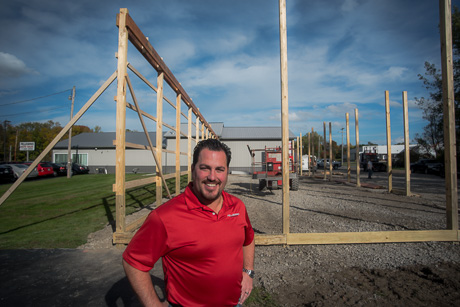 In 2013, the company added office space to the front of its building, then it bought the acre of land next door so the car lot could be expanded and now Pellegrino's is adding a new five-bay service center with an expanded customer service area.

Pellegrino has added 5,000 square feet of blacktop and the lot's inventory will expand from 75 vehicles to 100.

The current service bays, which provide service on inventory cars, those sold by Pellegrino's as well as to service-only customers, will be used for space to take pictures inside of cars for marketing, online sales and for detailing.

The latest expansion project represents an investment by Pellegrino's of more than $200,000.