Originally published in The Batavian August 26, 2012 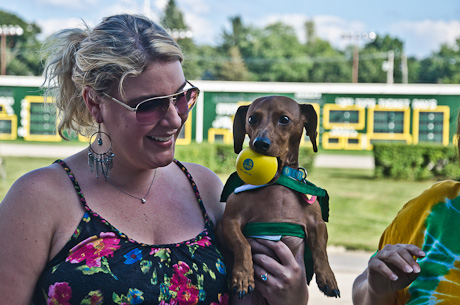 In front of the largest crowd ever to witness the annual event, 75 dogs squared off in 10 elimination heats with each elimination heat winner returning for the championship final.

The fastest 10 dogs left their handlers and roared by the historic half-mile tracks home stretch and after videotape review it was determined that “Gordon” had indeed narrowly crossed the finish line first.

“Gordon’s” accomplishments earned her owner $200 in casino free play. Second and third place was worth $100 and $50 in casino play for their respective owners.

The wiener dog races are the final event of Family Fun Day at the races held each year on the last Sunday afternoon in August. 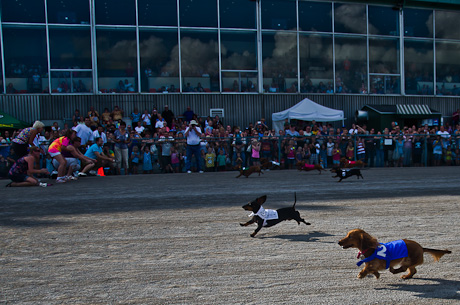 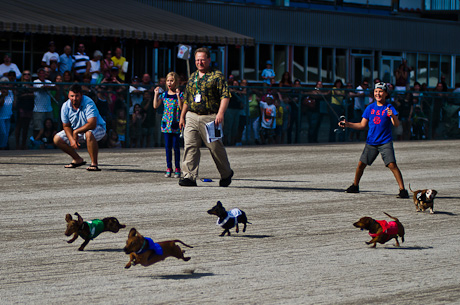 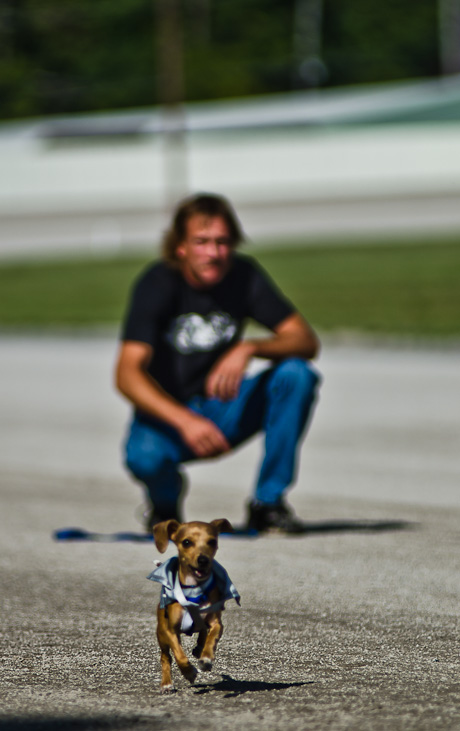