Shop Local
because local matters
What do you love about this local business?
To post a recommendation, you must Register or Sign In.
Bourbon & Burger Co.

About:
Laid back friendly environment where you can enjoy darts, pool, drinks and food with all of your friends.

Originally published in The Batavian March 11, 2011 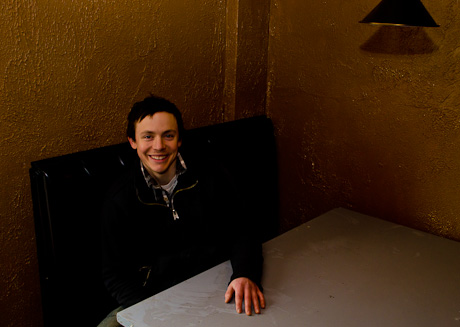 A little bit of old Batavia is going to come back to a new bar on Jackson Street, according to co-owner Derek Geib.

Longtime residents will remember the building as the one-time Silver Slipper, and later the Candlelight, before becoming Fuel.  The location was most recently the Jackson St. Grill/Belladessa's.

As a restaurant, Silver Slipper's once gorgeous mahogany bar was boarded over and the back bar painted white.

Geib and Hyland have removed all of that clutter and the dark-brown wood of the bar and walls, as well as a large mirror behind the bar, are visible again. The partners have also partially exposed the brick wall of the original structure.

The duo will dub their new establishment "Bourbon & Burger Co."

And the name reflects what Geib, most recently co-owner of Matty's Pizzeria, hopes people will think of when they think of the tavern -- a place to drink and a place to eat.

"It will be a bar and I don't want people to think just 'food,' Geib said. "I want them to get the idea that it's both."

As for the food, though, Geib is aiming high.

"We'll have the best burgers in town," Geib said. "If you ask 10 people where their favorite place to go for a burger, you'll get eight different answers. We want to be the number-one answer."

If the liquor license process goes according to plan, Geib thinks the doors on Bourbon & Burger Co. will open by May 1. The new tavern's application is going before the Batavia City Council for consideration at Monday's meeting.

I enjoy going to bourban and burger. They have a huge selection of burgers and will make burgers that were on previous menus as long as they have the ingredients. Service is excellent and food does take a little long to get to the table but well worth it. I like my burgers well done and they don't disappoint
Christopher Gersitz on Jan, 8, 2017

the mushroom swiss burger is to die for. Juicy, and the flavor is amazing. The beer is pretty good too. wide variety.
Kathryn Herniman on Dec, 28, 2016

Maryland crabcake sandwich with thai chili sauce instead of tarter and a bottle of root beer is perfection! â™¡
Elizabeth Randolph on Dec, 19, 2016

WOW! Huge burgers, a wide selection of beer, wine and spirits, and an amazing staff! Bourbon & Burger does EVERYTHING right! They also have the best chili and the best deep fried pickles in the City! Make sure to stop by Bourbon & Burger, and don't forget to try their Burger of the Month!
Elizabeth Downie on Dec, 16, 2016

I love Bourbon & Burger! Highly recommended for their amazing burgers & beer. Whenever I am craving a good burger and my husband is looking for good beer - we're on our way to Bourbon & Burger!!
Trish Cody on Dec, 13, 2016

Excellent food, drinks and staff! I would highly recommend it to anyone that has never gone there before.
Connor Clark on Dec, 13, 2016

The name says it all -- great burgers, great bourbon (and other adult beverages). The food is consistently good and we enjoy the old-school tavern atmosphere.
Howard Owens on Dec, 5, 2016