About:
Empire Access is one of the area’s leading telecommunications companies, providing the latest technology for communications. Empire has provided communication services to customers for over 100 years, as a family owned company now thriving under the 3rd generation.
Follow @empireaccess Tweets by @empireaccess

Originally published in The Batavian April 30, 2015 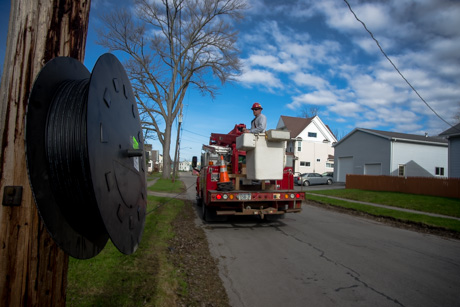 The City of Batavia is wired. Wired for high-speed broadband, that is.

Empire Access can now deliver download speeds of 100 megabits to more than 95 percent of the properties in the city. There are only about 40 or 50 households that would be hard to reach, but once a couple of access hurdles are cleared, Empire will be able to service those customers as well.

"We're very pleased with the response we've received," said Jim Baase, president of Empire. "Even without video, we've sold a lot of internet-only packages. We're ahead of plan of where we thought we would be and video will only help with more penetration."

While broadband and telephone service is licensed through the state and requires no local approvals to provide service, federal law requires cable TV providers to sign franchise agreements with local municipalities.

Empire has been in negotiations with the City of Batavia for a franchise agreement for at least six months. Councilman John Deleo has raised the issue at two consecutive City Council meetings and City Manger Jason Molino hasn't wanted to comment further in public than "we're in negotiations."

Empire already has franchise agreements with 35 other municipalities in New York.

"Typically, it takes a couple of months to get through negotiations," Baase said. "It's taking a little longer with the City of Batavia. There are still a few outstanding issues that the city is requiring us to agree to. We haven't resolved those issues yet. We're hopeful in the next few weeks those issues will get resolved."

The photos with this story are of an Empire crew doing a line drop on a residential street in Batavia and at a Downtown location.

Once a customer signs up for the service, an outside crew drops a line to the location and tests it. An inside crew comes later, at an appointed time with the customer, to finish the install inside the residence.

Empire is also working on expanding service beyond the City of Batavia. The company is working with Town of Batavia officials now to start stretching beyond the city's borders and engineers are drawing up plans for providing service in Le Roy.

The company hopes to start building the network in Le Roy by the fourth quarter of this year.

As for reaching more rural parts of the county, Baase said the company is looking for municipal partners in that process and is in fact talking with Town of Batavia officials along those lines.

With such partners, it might make it possible to tap into the $500 million in seed money Gov. Andrew Cuomo has proposed for expansion broadband in rural New York.

They're also looking for more partners like the Town of Big Flats, in Chemung County, where officials didn't want to wait around for grant money, so the town helped Empire secure a low-interest loan to build out the network.

"There are limited resources and we can't build everywhere at once," Baase said. "We're in the Town of Big Flats because they reached out to us. We're looking for more partnerships like that."

Photos: The work crew handling the outside installation work yesterday was Rick Burke, Kasey Wetmore, Don Todd, Joe Kirchner and Roy Faulkner. Pictured are Burke, in the cherry picker, and Wetmore, seen in the fourth photo splicing together a line from the outside of a house to the inside wire. 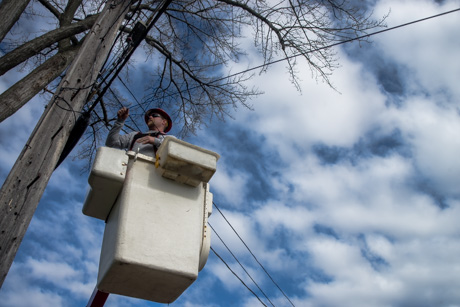 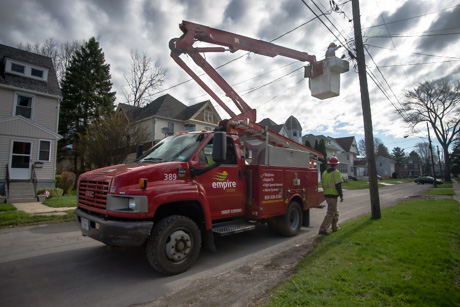 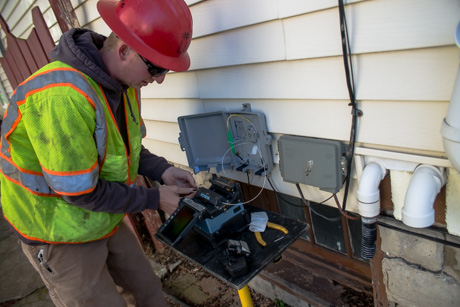 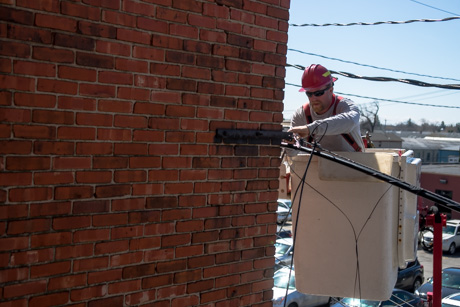 Empire Access offers the fastest internet service and awesome customer service! We have Empire Access at home and at the office and love it!
Lisa Ace on Dec, 13, 2016

If you live in Batavia, I'm not sure why you would get your broadband from any other company. The speed can't be beat, and as regionally owned, family business, the customer service can't be beat. The price is right, too.
Howard Owens on Dec, 10, 2016