Originally published in The Batavian December 9, 2016 H.E. Turner Funeral Homes held its annual Service of Remembrance last night at Grace Baptist Church in Batavia. The candlelight service is a chance for members of the community to come together and reflect on loved ones who have passed in the previous year. 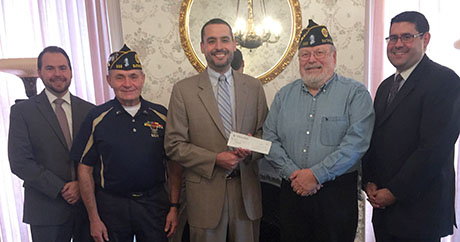 Originally published in The Batavian December 8, 2015 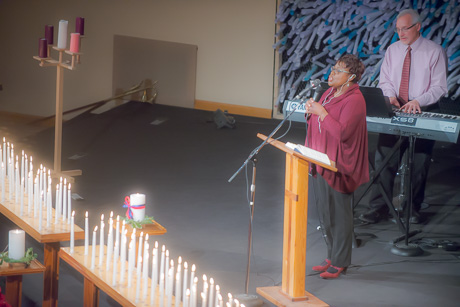 Photos: Service of Prayer and Remembrance at Northgate

Originally published in The Batavian December 9, 2014 A service of prayer and remembrance was held tonight at Northgate Free Methodist Church in Batavia, hosted by H.E. Turner Funeral Home.

The annual service is a chance for those who lost loved ones during the year to honor their memories. Photos: Service at Grace Baptist for those who lost loved ones during the year

Originally published in The Batavian December 5, 2013 H.E. Turner Funeral Home hosted its annual service of prayer and remembrance at Grace Baptist Church tonight for those who lost loved ones during the past year. Originally published in The Batavian December 6, 2012 H.E. Turner Funeral Homes hosted their annual Service of Prayer and Remembrance this evening at Grace Baptist Church, Batavia. The service is a chance for local families to remember and honor loved ones who have passed on in the last year. A candle is lit for each of the departed and family members are encouraged to take the candle home and light it on Christmas morning.

Pastor Donal Shirk spoke briefly during the service, which featured hymns and prayers. Photos: Service to remember departed loved ones at Northgate church

Originally published in The Batavian December 9, 2010 Hundreds of local residents gathered at Northgate Free Methodist Church in Batavia on Wednesday evening for "A Service of Prayer and Remembrance."

The annual service sponsored by funeral home company H.E. Turner and Co., is a chance for people to remember loved ones who have passed and light a candle in their honor. The candles can then be taken home and relit on Christmas Day.

Rev. Greg Brotzman and Rev. Donald Shirk (pictured at the microphone below) participated in the service, which included music and a memorial sermon.