Shop Local
because local matters
What do you love about this local business?
To post a recommendation, you must Register or Sign In.
Skyline Resort Campground & RV Sales

About:
Owned and operated by the Tybor Family for over 45 years, SKYLINE RESORT CAMPGROUND & RV SALES located between Buffalo and Rochester, New York in Darien Center, is your one- stop for family camping fun, or that new or used RV. Our sales staff can help you choose from a large selection of new or previously- enjoyed RV's, with a floorplan to suit your lifestyle.
Follow @SkylineRVResort Tweets by @SkylineRVResort

Originally published in The Batavian August 10, 2013 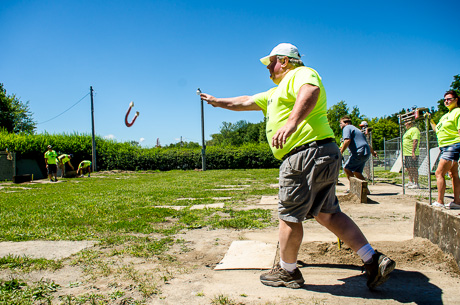 Every year, guests of Skyline Campground in Alexander square off against guests of Lei-Ti Campground in Bethany in a horseshoe tournament. Today was the first meeting of the two teams this year at Skyline. Next week, the tournament moves to Lei-Ti.

Featured in our shots are George Siano, of Florida, and Roy Hovey, of Rochester. 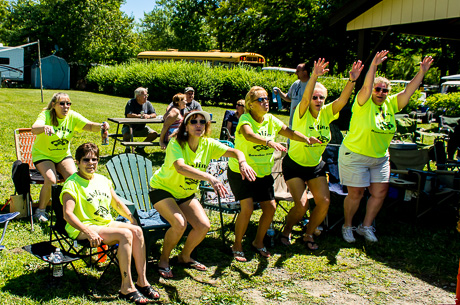 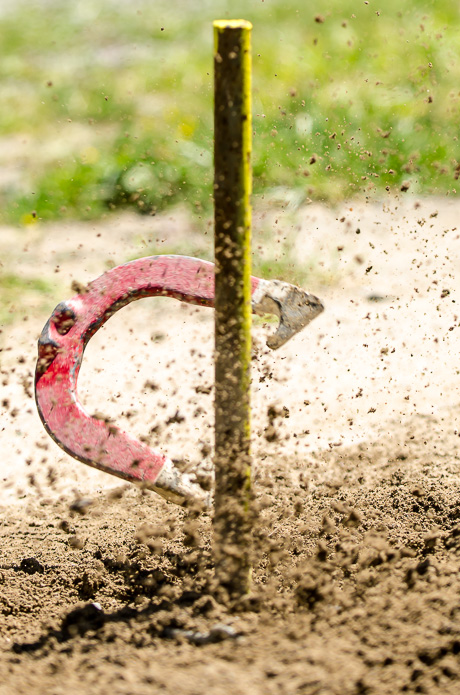 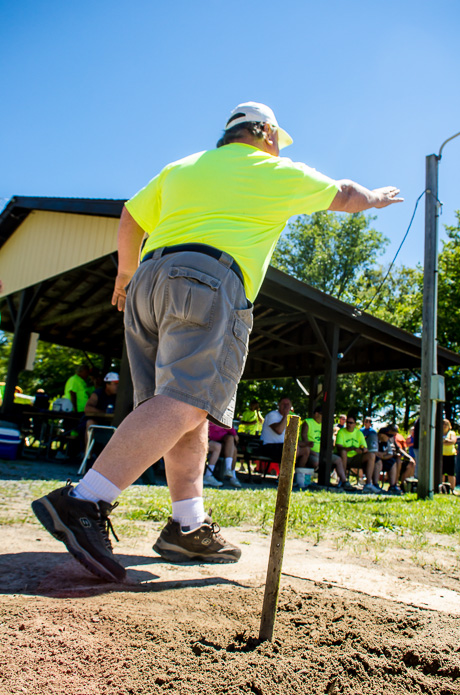 Originally published in The Batavian January 28, 2016 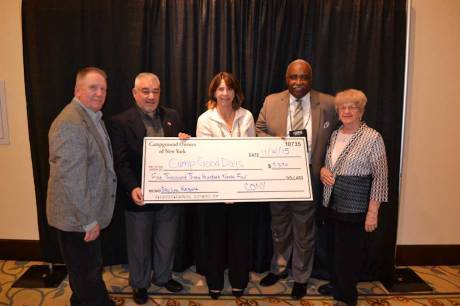 According to Suzanne Bixby, CONY’s Marketing and Communications Director, the association raised a total of $91,000 in 2015, bringing CONY’s four-year fundraising total for Camp Good Days to approximately $248,000.

“We are, simply put, grateful to CONY parks like Skyline Camping Resort, as well as their campers and supporters, for helping us raise our largest annual total yet for Camp Good Days and Special Times,” Bixby said. “And I think we’re all a little proud that we’re bringing smiles and camping fun to children and their families braving cancer.”

Throughout the 2015 camping season, Skyline Camping Resort & RV Sales held a 50/50 raffle, a horseshoe tournament, and other raffles and sales.

With fundraising by CONY campgrounds from across New York State, a combined total of $91,000 in checks were presented to by CONY leaders to Camp Good Days and Special Times Founder Gary Mervis at a special ceremony on November 14, 2015, during CONY’s annual exposition held at the Turning Stone Resort in Verona, New York.

Camp Good Days and Special Times is a New York State-based organization providing camping experiences free of charge to children with cancer. Since its inception, Camp Good Days has served more than 45,000 campers from 22 states and 29 foreign countries at its camp, located on the shores of Keuka Lake. More information: www.campgooddays.org.

Participating CONY campgrounds all across New York State raised funds in a variety of ways, including selling paper balloons and T-shirts, displaying change collection boxes, and hosting special events including walks, dinners, raffles, auctions, and concerts, to name a few.

CONY member campgrounds are fundraising once again in 2016 for Camp Good Days.

Campground Owners of New York (CONY), headquartered in Pittsford and founded in 1963, is an association dedicated to the promotion, growth, improvement and development of privately owned campgrounds in New York State. More information about the association and its campgrounds – including a free camping directory - is available at www.nycampgrounds.com and www.campcony.com.

Owned and operated by the Tybor Family for over 45 years,

located between Buffalo and Rochester, New York in Darien Center, is your one- stop for family camping fun, or that new or used RV.
Our sales staff can help you choose from a large selection of new or previously- enjoyed RV's, with a floorplan to suit your lifestyl

Make Skyline your vacation destination this summer!! You will NOT be let down! The Tybors are such wonderful people and truly care about you, your family, and your stay. Aside from the campgrounds, they have an amazing store that has just about every part you could ever need for your tent, popup, trailer or RV. If, for some reason, you can not find what you are looking for, they will order the part for you and have it available usually the next day! They also have a fantastic service shop and they sell new and used popups, travel trailers and RV. Skyline has you covered completely, and they do it with pride and perfection! It's always a good time at Skyline!
Elizabeth Downie on Dec, 16, 2016