Shop Local
because local matters
What do you love about this local business?
To post a recommendation, you must Register or Sign In.
Southside Deli

About:
In addition to subs and sandwiches, Southside Deli carries all of your convenience store items. Our product line includes everything from beer, pop, chips, tobacco products, lottery and most grocery items.

Originally published in The Batavian Aug. 14, 2014 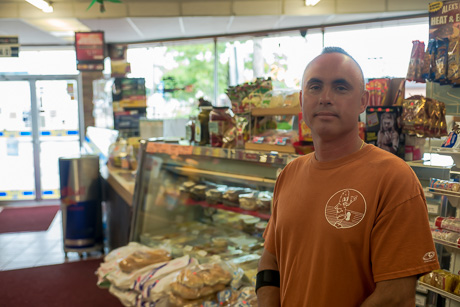 Standing by a window, toasting a French bread pizza, Jeff Heubusch looked out on sunny Ellicott Street and mused, "sure beats working working in a salt mine."

He then states the obvious with a wry smile. "There's no windows in a mine shaft."

Heubusch should know. He spent 12 years working in a salt mine. He only quit when a mining accident nearly took his life.

His year-long recuperation gave him time to reflect and reassess what he wanted to do with his life.

The son of a miner, Heubusch purchased Southside Deli two years before the accident (today is the 25th anniversary of that purchase). He kept his mining job even as he tried to build the deli business. Digging out the salt of the Earth so motorists could drive on de-iced asphalt offered Heubusch a sense of security not available to entrepreneurs. He didn't want to give up that steady paycheck and good benefits while trying to build a business of his own.

While convalescing, Heubusch said to himself, "Am I going to lay on this couch the rest of my life and live on comp or Social Security disability?"

"Once I was able to get around and be productive, that's when I said, really, 'it's all or nothing.' "

That sense of commitment has stuck with Heubusch now for more than two decades. It's the reason Southside Deli not only survived. It thrived.

One hundred customers a day has become 500. Three employees have become 17. Children who once bought pop and candy at the store now bring their families in for subs and salads.

Born in Wyoming County, Heubusch graduated from Warsaw High School in 1977. He was 17 and couldn't get a job, so he went to work in his mother's upholstery business.

When he turned 18, he got his first job in a salt mine.

He was laid off, rehired, laid off and rehired again a couple of times over the next few years. During that time he also worked for U.S. Gypsum and Le Roy Machine.

He bought a house in Batavia, and when he started working in the mine again, his daily commute took him down Ellicott Street.

Every day, he would drive past Southside Deli (Heubusch kept the name from the previous owner; In the 19th Century, it was Ebling Meat Market and the location has always been some sort of market).

On the second floor of the building is a balcony. As he drove by each day, Heubusch would see a for sale sign hanging from the balcony rail.

That got his mind working.

"I'd see it and I'd think to myself, 'man, I'd love to work for myself.' I kept seeing that and it kept fueling my idea of what I would do if I owned that."

There's a reason working in a salt mine is a metaphor in our culture's lexicon for arduous work. It's hard labor.

"There were days I never saw daylight."

One day, finally, he called a realtor and got the ball rolling.

The business needed a lot of work, he said. The century-old building needed an array of repairs. There was kitchen equipment to replace and Heubusch wanted to expand the deli.

"I knew the deli had potential. It was a great concept, but he (the previous owner) wasn't a hands-on guy. I knew if I worked it, I could bring it to life."

There was nothing easy about those early years, said Heubusch, who had no prior food service experience.

Besides keeping his job in the salt mine, Heubusch and his family (his daughter Cassandra was 4 years old at the time) lived in the apartment above the store.

Cassandra rode her skates through the aisles and learned to ring out deli customers by the time she was 6.

Then came the mining accident.

He was at the bottom of a mine shaft and it closed up on him. Heubusch suffered a pair of broke legs, a broken back and nerve damage.

"To me, it was a life-threatening experience. It all could have ended that day."

He required multiple surgeries, a year of at-home convalescence, seven years of physical therapy and 20 years of chiropractors.

To see him work in his store today, you would never guess his body had been through such trauma.

"This place did help me, both mentally and physically."

So what's the secret to his success?

A customer complaint feels like a failure, Heubusch said.

He takes a lot of pride in how well his deli team works together to take orders quickly, move fast and deliver the right sub or wrap made well and with alacrity. It's timing and attention to detail.

"I like being known as the place with the best subs. The best meats, the best salads. That's our niche. People can go anywhere else and buy pop, groceries or beer, but you can't buy a Southside Deli sub anywhere else. If you've been raised on Southside, nobody can match it."

The best measure of success, Heubusch said, is the customer who comes back.

It sure beats working in a salt mine. 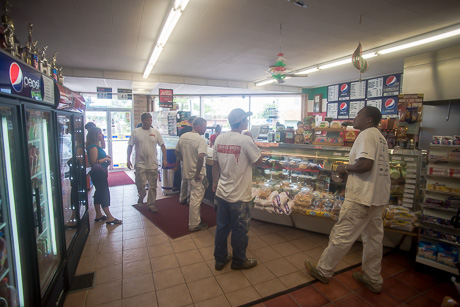 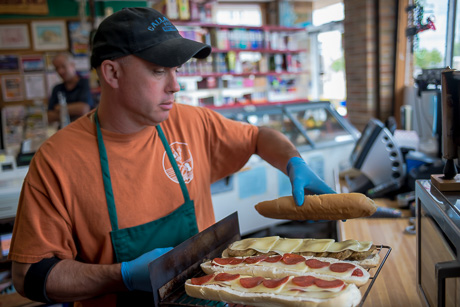 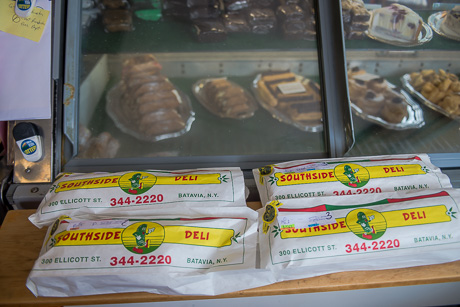 Best Subs with fast service. Don't forget a cannoli when you're there!
Ann Sheelar on Jan, 11, 2017

Great subs, great service, great deli counter, great convenience store. They do a great job of getting you in and out fast. The food is consistently excellent.
Howard Owens on Dec, 13, 2016

I don't know how anyone could walk into this place and not get a sub! The first thing that hits you are the aromas from the deli. They really do make fantastic subs and they have a lot of other goodies too!
Dawn Puleo on Dec, 12, 2016