Shop Local
because local matters
What do you love about this local business?
To post a recommendation, you must Register or Sign In.
St. Ann's Community

About:
We have a unique country-like setting that is very inviting. As soon as you walk in our front door you will feel right at home as our friendly staff greets you. Choose a 1 or 2 bedroom apartment & enjoy our superior services and amenities.

Originally published in The Batavian September 24, 2015 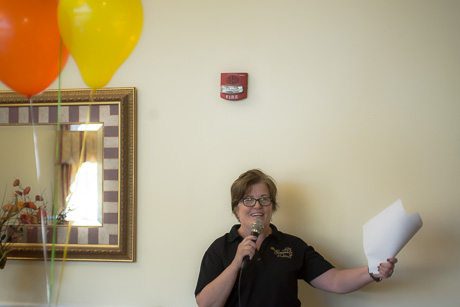 Kim Pasquale, director of the Greens of Le Roy, speaks to the residents Thursday evening during a celebration of the facility's 15th anniversary.

Residents were treated to hamburgers and hot dogs from Tom Wahl's, plus cupcakes. 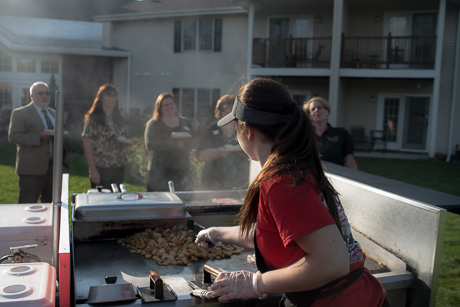 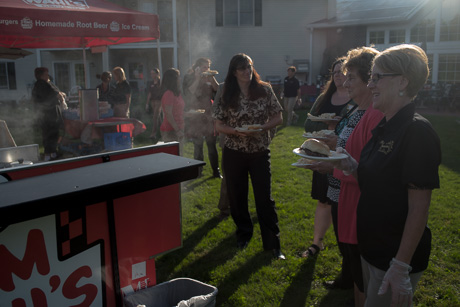 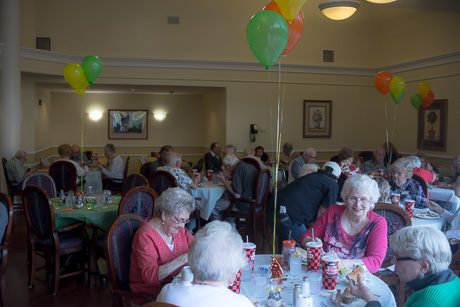 Originally published in The Batavian August 19, 2013 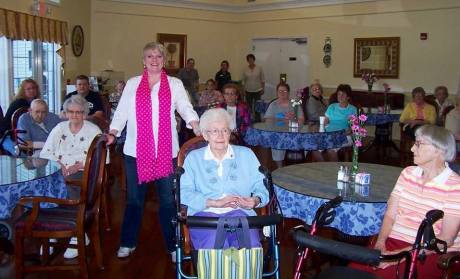 Actress Alison Arngrim, who portrayed nasty Nellie Oleson on the '70s television series "Little House on the Prairie" recently made a visit to the residents at The Greens in LeRoy.

The Greens of LeRoy is an independent senior living community and Arngrim was in town as part of the festivities at the Genesee Country Museum's Laura Ingalls Wilder weekend.

The actress took time out of her busy schedule that weekend to give a presentation at The Greens.

"Little House on the Prairie" is a favorite of the residents and Arngrim spoke to them about working with Michael Landon, what it was like to be on a televison show, its longevity and popularity and answered any questions that the residents had.

Following her presentation, Arngrim took time to visit with the residents, take pictures and sign autographs. One resident invited the actress to her apartment afterward to show her an 1800s wheelchair, one very much like the ones used on the series.

Kim Pasquale, director of The Greens organized the visit and said that residents thoroughly enjoyed Arngrim's presentation and were thrilled that the actress stopped by while she was in town. 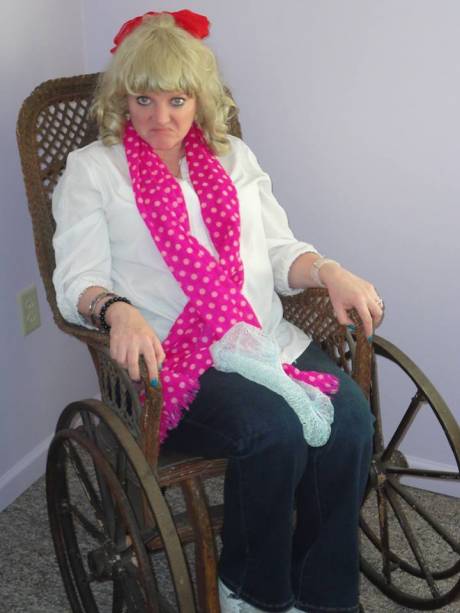 Originally published in The Batavian October 5, 2011 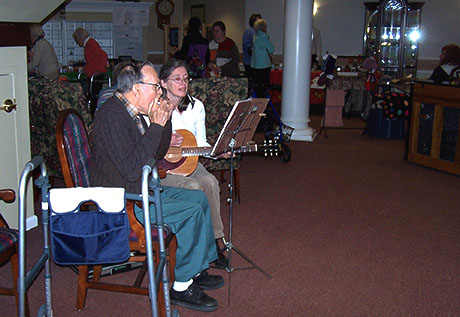 A bit of cold and rain didn't prevent residents of the Greens of Le Roy from enjoying their annual fall festival on Sunday -- they just moved the event indoors.

From Kim Pasquale: "Many vendors brought their fall harvest along with some arts and craft vendors. The residents of The Greens truly enjoyed this special event."